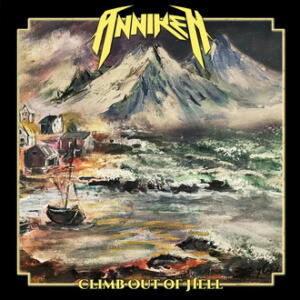 Rockshots Records is proud to announce their signing of Norwegian solo metal artist Anniken for the release of her debut album “Climb Out of Hell” due out in May 2022.

Anniken has been a part of the Norwegian heavy metal scene for years with her band Darkest Sins, the studio project Ana – Metal for Charity, as well as being a part of her husband Marius Danielsen’s trilogy Legend of Valley Doom, both in the studio and with the live band. While in Darkest Sins she opened for bands such as Anthrax, Jorn, TNT, and UDO along with Legend of Valley Doom she has worked with legendary musicians such as Ralf Scheepers, Amanda Somerville, Roland Grapow, Matt Barlow, Doogie White, Jennifer Batten, and also actor John Rhys-Davies from the Lord of the Rings and Indiana Jones movies.

Writing her own songs and having a profound love of lyrics, Anniken is now progressing into her solo endeavours. A few of the songs on “Climb Out of Hell” are co-written with her husband Marius Danielsen.

Anniken comments about her first full-length:
“To release my solo album is both incredibly exciting and completely terrifying at the same time. As part of a band, you do not feel as vulnerable. But here I stand alone. Completely exposed and I really hope that people will love this album as much as I do. It is not quite the same as any of my former projects. This is just me, just Anniken. My songs, my stories. It doesn’t easily fit into one specific metal subgenre, but I don’t like being labeled anyway. I wanted the album to be melodic and heavy with hints of all my inspirations such as Metallica, Pink, Iron Maiden, and Linkin Park, while at the same time not sounding like any of them”.

Anniken’s plan to become a solo artist has always been there. Some of the songs on this album were written years ago by her. She has enjoyed being a part of a band and therefore did not prioritize this project in the past.

“It is fun to write with other artists and see how the songs turn out both in the studio and live. But writing with others also means to compromise. And that is one of the main reasons behind starting my solo project. I wanted to show what I could do, without the guys (yes, the bands I’ve played with always consisted of all guys and me). It is, unfortunately, easy to underestimate female artists in metal. At least, that is my experience. There aren’t as many women within the genre as there are men. Very often I experienced that people just assumed everything was written by the men in the group. I don’t mind being “just the singer”, but I would love to show the world that I am, in fact, more”, adds Anniken.

Anniken’s album features nine tracks to expose new fans to not only a musical experience, but also a lyrical one.

“Firstly, I want people to enjoy the music. Secondly, I want them to notice the lyrics. I love listening to music while reading them and trying to understand the stories that are being told. I hope that the listeners feel the same way. I like to also add, that some of the songs were written a while back. I had others that didn’t make the cut. The song Star was originally a song my husband and I wrote for our band Darkest Sins. It was part of our first release. I have always loved the song and I have wanted to do my own version of the song for a long time. The song No Name was the last song I wrote for the album. I had decided the album needed one more song, but kept postponing writing it. Since we didn’t have a title, we just wrote “No Name” in the plan for the studio, and eventually, I came to love that title, so I decided to write a song with the title No Name. I always have ideas for songs; in my head, on my phone, or written down in notebooks. There will be more music. As long as there is a want for it, I will make it”.

A varied metal album that is melodic, raw, and catchy, there are different types of songs for every kind of metal fan. Some slow, some fast, most of them heavy. Some of the songs have a deeper meaning to them, while others are just exactly what you think they are.

Today, in preview to the record’s release, Annikenis sharing the lyric video for its first single and its title track, which can be watched below.

Anniken adds:
“This song was born from the phrase “and because I’ve been broken too, I recognize the pieces of you”, which I wrote after someone asked me how I could tell that a person in our lives was hurting before they told us. It was supposed to be a ballad, but the results were a faster, more Iron Maiden-inspired song. That happens a lot, though. I think I am writing a ballad, but my songs just keep wanting to be heavy. And the results are better for it”. 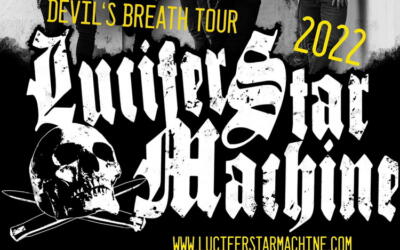