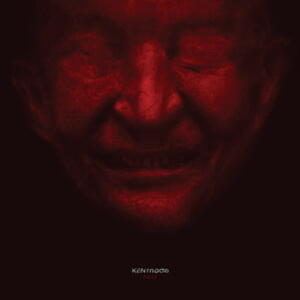 Watch the official music video for the album’s first single, “A Love Letter”, below.

Recorded and mixed by Andrew Schneider (Cave In, Unsane), “NULL” is KEN mode’s eighth full-length album. The follow-up to 2018’s acclaimed “Loved”, it is the band’s first release for Artoffact.

Frontman Jesse Matthewson proclaims “NULL” to be “a direct psychological reaction to the collective experience of the last two and a half years… a documentation of trying to not fall apart”. In Matthewson’s words, “the album exposes the emotional core of combating mental illness when one’s fine-tuned coping mechanisms have been involuntarily stripped away”.

As the COVID pandemic threatened the essential, stabilizing forces in his life – including the ability to create, tour, and connect with the world, via KEN mode – Matthewson says he sunk to new depths. “I’ve built my adult life around communities and activities that have both given it meaning and helped me manage my own mental health”, he states. “In 1999 I didn’t know why I needed to create, I just wanted to. In 2022, it’s one of the only acts I have left that keeps away crippling depression. I need this act to concentrate and neutralize the poison in my brain”.

From the pitch black of the pandemic came a sliver of light. With his means of fulfillment and survival in jeopardy, Matthewson was instilled with a newfound urgency to make the most authentic and courageous art possible. New album “NULL” is the result. “We tried to experiment more with our sound than we ever have before. We felt like there was really no reason to do anything at all unless we were trying to push this into something new”.

“NULL” is the first KEN mode release to feature collaborator Kathryn Kerr as a full-fledged member of the band. With Kerr on saxophone, synth, piano, percussion, and backing vocals, the album features a new palette of No Wave and industrial-tinged sounds, infiltrating some of its tracks. The band’s well-honed attack – “defined by the Venn diagram of adventurous hardcore (Converge, Deadguy) and noise-rock (Today Is the Day, Brainbombs)”, as a Revolver write-up once put it – is strengthened now by shades of Swans and Einsturzende Neubauten.

First single “A Love Letter” bursts out of the gate with Kerr’s discordant sax wailing over the machine-like walloping of Matthewson, his brother Shane Matthewson on drums, and longtime bassist Skot Hamilton. Not unlike John Zorn collaborating with Napalm Death, the sour synergy of the contrasting elements results in a song that writhes and screams with wild-eyed desperation. “Something is broken, something is fucked”, goes the refrain.

More than 20 years deep now, founded in 1999 by the Matthewson brothers, KEN mode has come to define the intensity and dedication inherent in its name – an acronym for “Kill Everyone Now”, coined by Henry Rollins to describe Black Flag’s approach to performance. Past KEN mode tour mates include Russian Circles, Torche, Deafheaven, Full of Hell, and many more. Past releases include seven full-length albums and one EP, produced by the likes of Steve Albini, Kurt Ballou, and Matt Bayles. “NULL” sees this warhorse of a band emerge from the darkest of times with new energy, ready to carry on into its next chapter, ready to evolve into its next form.

“NULL” is the first part of what Matthewson describes as a two-album arc, with the second part coming soon, also on Artoffact: “The two album arc was written with the intention of being two separate works that could be coupled together to make one full album with a cohesive flow and feeling, with every song holding a specific place and feeling within the overarching theme”.

Tracklist:
1. A Love Letter
2. Throw Your Phone in the River
3. The Tie
4. But They Respect My Tactics
5. Not My Fault
6. Lost Grip
7. The Desperate Search for an Enemy
8. Unresponsive

KEN mode is scheduled to headline No Coast Fest in Dallas, TX in October 2022, alongside Metz and Young Widows. Stand by for news of more live shows.